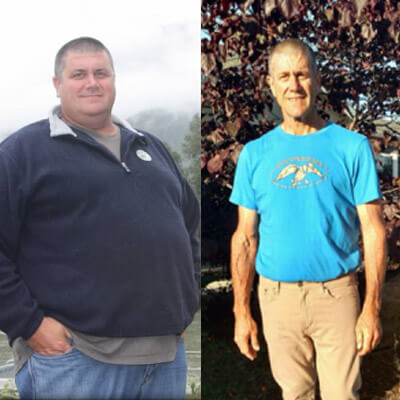 I was introduced to Belldon Colme through my daughter Nicole. Nicole started Belldon’s mentoring before me along with several of her coworkers. She was always talking about the food we were still preparing and how we need to switch away from the processed foods. I let it go in one ear and out the other faster that it came in. She didn’t preach but was adamant about what she was putting into her body. I was just telling myself the stuff in our food can’t be all that bad or it wouldn’t be allowed in there (wow I am eating my words now).

My first thought was; I don’t want to talk to this cat on the daily, that’s just not me. So, it began. I quickly found myself excited about the daily talks with Belldon because the weight was flying off. Once afraid of the scale, it became my new friend. It may seem a little strange, but I found myself hopping on the scale in the middle of the night. I had a new spark in life. I never once felt pressured or brow-beaten by this program or by Belldon when I veered off; it was always “we will learn from this” and together figured out how not to make those mistakes too many more times. Belldon was always there for me regardless of the ups and downs, always keeping things positive.

The biggest factor with Belldon’s program is this; along your way all of the sudden it is no longer a DIET, the bad four-letter word, it becomes instead a NEW LIFESTYLE. I think this is the biggest key to the success of this program.

When I hit my first milestone of 100lbs gone, I found it funny that people who have known me my whole life did not recognize me. At an annual family BBQ where I always help cook, people were wondering who the ‘new guy’ was. What a great feeling! Now at my goal of 195lbs it’s the norm for me to have to reintroduce my ‘new self’ to most old friends, and even some family! Most ask if I had surgery or remark that I must be working out non-stop. I just laugh. I know many don’t believe I did this without surgery and crazy extreme exercise. Most don’t realize weight loss like mine can happen with just REAL food in the proper balance and a GREAT mentor. It doesn’t seem possible, but I am living proof.

If I can do this anybody can. I have lost 230lbs with this new lifestyle in a very short 15 months. It doesn’t seem possible sometimes, even to me, but here I stand. I would invite anybody to check out Belldon and his program, I promise you will not be disappointed with the great mentoring support and the ease of shedding those old BIG clothes. I gratefully replaced my old size 54 pants, off my body and out of my closet, for my new size 32!

I have had the pleasure of speaking at the last 2 workshops Belldon has given locally and both times it has brought me to tears, when I am discussing with the group about my experience. Those that know me know that tears are just not my style, but it is so moving and emotionally positive for me, it’s ok. I thank my daughter Nicole for finding Belldon, and Belldon for being there through all the ups and downs and his continued support. It was a very special month for my daughter Nicole and me as we hit our goal TOGETHER!

Comments Off on Tony Perkins
﻿